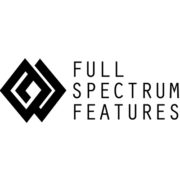 Full Spectrum Features is a Chicago-based 501(c)(3) nonprofit organization committed to increasing diversity in the independent film industry by producing, exhibiting, and supporting the work of women, LGBTQ, and minority filmmakers.

FSF’s goal is to transform the entire media landscape—from the actors on screen, to the crew behind the camera, to the people in the audience. Our mission is embodied not only in our work, but our staff and board as well. We are an ALAANA (African, Latinx, Asian, Arab, Native American) organization founded and led by people of color, women, and LGBTQ filmmakers.

Full Spectrum Features is a full-service production company and specialty distributor. Its award-winning films have screened at over 400 festivals, micro-cinemas, museums, galleries, and alternative screening venues around the world.