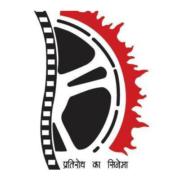 Cinema of Resistance (COR) is a grassroots film screening initiative which focuses on bringing alternative films or new cinema to the people. Since it organized the Gorakhpur Film Festival in 2006, COR has been forming an expansive network of screening spaces across North India. We strive to bring meaningful cinema to small towns, villages and community venues; our aim is to create sites of engagements around various issues with the help of films. COR does not accept any corporate sponsorship; we believe that a truly people’s cinema is possible only with support from the people. Our initiatives are entirely supported through crowd funding.