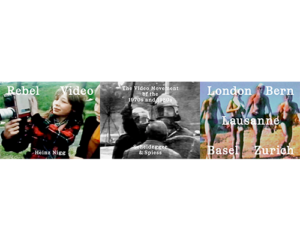 In the 1970s and 1980s, young activists discovered video as a new medium and used moving images in their struggle for access to cultural expression for the many, not the few. They were researching and developing new forms of independent and participatory media work – an important step towards realizing the utopian promises of the digital age.

Rebel Video portrays practitioners of community and alternative video in London, Basel, Bern, Lausanne, and Zurich. Their work is discussed along with its lasting influence up to the present. Complemented with essays on documentary film and video art, the book shines a light on the video movement in all its many facets.

University of Waikato’s Screen and Media programme
Scroll to top