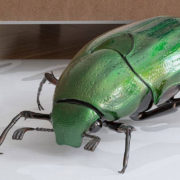 Auto Italia is an artist run organisation that commissions and produces new work – collaborating directly with emerging artists. Founded in 2007, it aims to provide a framework for developing alternative approaches to production and exhibition formats.

A Mostra do Filme Marginal
Scroll to top