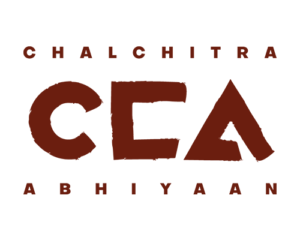 ChalChitra Abhiyaan is a film and media collective based out of Western Uttar Pradesh in India.

The collective produces a range of video formats like documentary films, news features, interviews and live broadcasts. We try to bring to the fore local issues that concern different marginalised communities in their own voices. Issues that are often glossed over by the mainstream media because of corporate control, the stranglehold of strong political parties or caste, class, religious and gender biases.

Part of our endeavour and a very important aspect of ChalChitra Abhiyaan’s work is to train people from local communities to tell their own stories through videos. These stories are evolving into a movement to challenge the propaganda machinery that’s constantly dividing communities. We also organise film screenings of a range of films on different socio-political issues. There is a treasure of such incredible films, both documentaries and fiction, but they rarely make it beyond select circles. In trying to build such spaces, ChalChitra Abhiyaan seeks to contribute to a larger progressive cultural movement.

We see ourselves as not just a media organisation but also as a film collective and a cultural collective. For us, ‘Counter culture is people’s culture.’