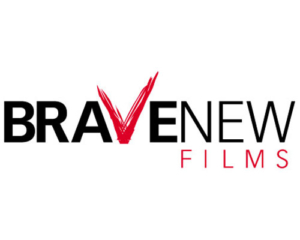 Robert Greenwald and Brave New Films are at the forefront of the fight to create a just America, and we want you to join us. Using new media and internet video campaigns, Brave New Films has created a quick-strike capability that informs the public, challenges corporate media with the truth, and motivates people to take action on social issues nationwide. We are an organization that can produce a hard-hitting three-minute video in less than 24 hours that exposes John McCain’s double talk, for instance, and receive 9 million views around the world.

From Real McCain exposés to calling out FOX News for overt media bias, from social to economic justice, our groundbreaking online campaigns are revolutionizing traditional grassroots politics. Using YouTube, bloggers, networking sites, and strategic partnerships with both national networks and local activists, we are reaching millions and getting results.