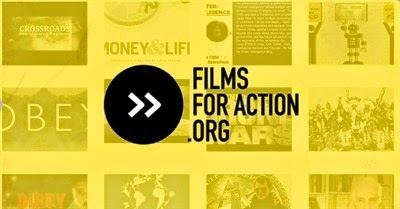 Films For Action is a community-powered alternative news center and learning library for people who want to change the world.

At an International Level:
Films For Action uses the power of film to raise awareness of important social, environmental, and media-related issues not covered by the mainstream news.

At the Local Level:
On the ground, our City Chapters are working to create alternative media channels that will inform, connect, and inspire action at a community level.

Our City Chapters screen documentaries at independent theaters and other venues regularly throughout the year. With most films we launch an accompanying educational and action-oriented campaign to address the issues presented by the films. Some of our chapters air films on their local public Access TV channel.