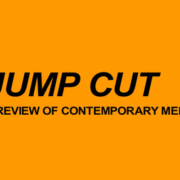 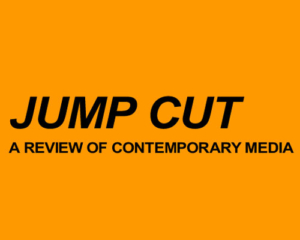 Jump Cut: A Review Of Contemporary Media is run on a nonprofit basis and is not affiliated with or supported by any institution. Begun in 1974 as a film publication, Jump Cut now publishes material on film, television, video, new media, and related media and cultural analysis. As a print publication till 2001, Jump Cut circulated 4000 copies per issue in North America and internationally to a wide range of readers including students, academics, media professionals, political activists, radicals interested in culture, film and video makers, and others interested in the radical analysis of mass culture and opposition media.

Taking an explicit political stand as a nonsectarian left, feminist, anti-racist and anti-imperialist publication, Jump Cut is committed to presenting and developing media criticism which recognizes: (1) media in a social and political context; (2) the political and social needs and perspectives of people struggling for liberation — workers, women, oppressed minorities, people in the developing world, gays, lesbians and queers; (3) the interrelationship of class, race, and gender oppression; (4) new theoretical and analytic perspectives.

We stress contemporary media but we are open to publishing material on older films, tapes, and programs when the article involves a significant reevaluation or uses a well-known example to develop a critical or theoretical point. Our range is all types and forms of media from Hollywood’s commercial dramatic narrative to independent documentary and experimental work. We are especially interested in neglected areas such as educational media, children’s programs, animation, intermedia and mixed media, new technologies, consumer formats, etc., and related areas of radical cultural analysis such as photography and popular music.